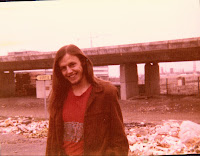 Post-election UPDATE - As always, I batted 1000. Evidently everyone agrees with me. I am busy putting my Jay Inslee bumpersticker on my car.
I erased my detailed choices but you can assume I won on every ballot item  and democracy is alive in Seattle.
Introduction -
I have decided to waive my right to privacy and anonymity regarding voting.  I am lucky to have friends who differ from me on many important issues.  I am not dogmatic.  I am practical. I lean toward Independent or Libertarian views and feel like voting NO as often as for any candidate.
I share these ideas in the hope that I may influence some of you.  My experience has been that I am out of touch with almost every electorate of which I am a part.  These reflect my status as a Seattle voter and I will only address those about which I have a strong opinion.

If you are interested in how I intend to change the way we vote in America, you may want to learn about my new venture, DEMOCRACY LIVE  and you may even want to look at your ballot using Live Ballot 360.


DELETED to avoid retribution from any wining candidates who might not have found my praise adequately lavish.
Thank you for reading this and I hope it was helpful to you.  I don't expect you to agree with me on any or all of these issues, but I revel in the fact that we can have competing views and discuss them respectfully.

In addition to being interested in this election, I am very interested in the election process.  I think it is archaic, inefficient, insecure and often inaccurate.  I intend to change the way we vote in America.  I will use my new company DEMOCRACY LIVE which I expect to be the leading company in voting technologies in this decade.  Contact me if you would like to know more about it.
Best,
JOE Brotherton

Post-script -
A brief expansion on my opinion that taxes and issues should be separated.  We hire our elected officials to take a certain amount of money from us and to apportion it intelligently to various competing needs.  When they take too much money we reign them in.  When they fail to satisfy our expectations of what government should do, we push them to do more.  However, our system has morphed into a series of Hobson's choices?  Would you pay more sales tax? No.  Would you like kindergarteners to have books in the classrooms? Yes  The legislators are abdicating their responsibility by giving us a mutliple choice exam which fails to ask us the more salient questions.

Oh, and while I am at it; why in the world can we not promptly eliminate the electoral college?  Why should the vote of a citizen of Ohio or North Carolina carry more weight than any other citizen's vote?  The national candidates are comic in their pandering to these tiny coinstituencies.  Constitutional amendments are not impossible.  We have had five in my lifetime and 27 total. I think two of them involved the electoral college, although refining rather than abolishing. Let's do this.

Posted by The Joseph at 9:27 PM No comments: